Have a gut feeling that it’s time to let the youngsters run..

NO Mythology In This Case, Merriam-Webster..HEROINE!!!

Heroine | Definition of Heroine by Merriam-Webster

1 a: a mythological or legendary woman having the qualities of a hero b: a woman admired and emulated for her achievements and qualities. 2 a: the principal female …

Virginia woman, 19, lifts burning truck to save her father’s life 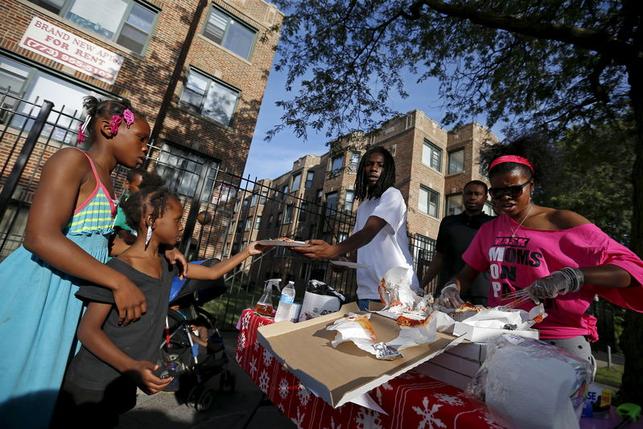 You Say You Want A HERO? Howz’ About A Heroine..

The Greatest Generation. In this case, both Ruby and Jim..

Posted by JP in Beautiful, Bravo, Heroes, Heroine on October 7, 2013

When they met in 1943, Williams was stationed at Depoe Bay, and when he had time off he went to nearby Portland, where Hazen lived. Both were 22, and they were friends, not sweethearts.

“The culture in those days was altogether different than it is now,” she said. “You wanted them to feel at home away from home because you know they were going to see some horrific things when they went overseas.”

In a letter accompanying the photo, Williams said the portrait “survived torpedo attacks, aircraft strafing, shore battery firings and 30 consecutive nights of bombing, two wives and a typhoon in the China seas.”

“It’s been a long guilt trip for me,” Williams said during their Skype chat.

“I sure accept your apology,” she said with a smile.

Williams mailed the photo back right away, along with a dozen roses.

“I sent six red roses saying, ‘Thank you for sharing some of my war years,’ and six yellow ones as an apology to her husband in case I had caused him any embarrassment,” Williams said.

Hazen says she accepts his apology and tells The Daily News

Some 60 years after carrying wounded soldiers and ammunition during heavy firefights, a decorated war horse praised as America’s greatest equine soldier during the Korean War is finally being immortalized.

Staff Sgt. Reckless, a Mongolian mare that served in the U.S. Marine Corps during the Korean War, made 51 solo trips during a five-day battle in March 1953, carrying nearly 10,000 pounds of ammunition and explosives from a supply depot to the front lines.

She was wounded twice and later received two Purple Hearts for her service, as well as several other military decorations. On Friday, a 10-foot bronze statue of the courageous — and insatiable — horse will be unveiled at the Marine Corps Museum in Quantico, Va.

“She wasn’t a horse, she was a Marine,” said Robin Hutton, whose book, “Sgt. Reckless, America’s War Horse,” will be published later this year. “When the Marines got her, they became her herd. She bonded with them and would do anything for them. She’d follow them anywhere and everywhere.”

The 900-pound Reckless, whose legendary appetite included huge portions of scrambled eggs, chocolate pudding and even beer, joined the Marines in 1952 after she was purchased by a soldier for $250 from a Korean boy who needed money to buy an artificial leg for his sister.

Then known as “Flame,” the horse was later renamed by the Recoilless Rifle Platoon of the 5th Marine Regiment, Hutton said, adding that the horse was not startled by the powerful anti-tank guns used by the unit.

The horse’s main caretaker, Sgt. Joseph Latham, quickly “taught her everything,” Hutton said, including how to kneel during incoming fire or to step over barbed wires. Reckless also quickly memorized routes to and from battle stations, travelling dangerous paths and mountain trails without the accompaniment of a fellow Leatherneck.

“They’re coming to town to honor Reckless because the horse meant so much to them,” she said. “They’re going to cry, I know they are.”

After the war, Reckless, who was praised by The Saturday Evening Post while still in Korea, made several television appearances, including on the “Art Linkletter Show.” A film was planned, but ultimately did not materialize, Hutton said, and the horse fell from the national conversation. She later retired in 1960 at Camp Pendleton and after dying of natural causes, was buried there with full military honors on May 13, 1968.

Reckless gave birth to three colts — named Fearless, Dauntless and Chesty — and a filly that died one month later. Hutton said it’s “disappointing” that the horse’s line was not carried on, but she hopes Friday’s ceremony will re-ignite interest in Reckless, whom Hutton featured in a screenplay she’s written.

“I’ve been so blessed with this story,” Hutton said. “This horse has forever changed my life.”

More than 33,000 U.S. soldiers were killed during the Korean War, with another 100,000 wounded and 7,000 additional soldier still listed as missing in action, according to Department of Defense statistics.

Maj. Billy Canedo, of the Department of Defense’s 60th Anniversary of the Korean War Committee, told FoxNews.com that up to five Marines who served alongside Reckless are expected to attend Friday’s ceremony.

“What’s special to me about this story and the accounts of her exploits is that she travelled with no handler,” Canedo said. “Whenever a Marine would get hit or wounded, a fellow Marine would put that Marine on Reckless’ back to be carried down to the casualty collection point. Then Reckless would walk back with ammunition.”

“She was probably going against every instinct of an animal, working off pure love of her fellow Marines,” he said. “That’s what is remarkable to me. The story, to me, is a great story.”

Simply put, a lovely and an amazing young woman..

A spokeswoman from the Children’s Hospital of Philadelphia (CHOP), where Sarah has been hospitalized, said they do not have any further information to release.

In the Facebook post, Janet said the family is overwhelmed with emotions, and she thanked everyone for their unending support.  She also asked her followers to pray for Sarah’s donor.

“Please pray for Sarah’s donor, her HERO, who has given her the gift of life,” Janet Murnaghan wrote. “Today their family has experienced a tremendous loss, may God grant them a peace that surpasses understanding.”

United States Senator Pat Toomey (R-Pa.) released the following statement after being informed by the family of Sarah’s good news:

“I am deeply grateful to the organ donor and his or her family for the potentially life-saving gift to Sarah. Now that a suitable donor has been found, a prayer would help, too – a prayer Sarah’s body accepts the new organ the way doctors believe it can. The judge gave Sarah a chance to receive a new lung.  Now the surgical team at CHOP is giving her a chance at life.”