Tampa was a much better and safer city when..

Sicilians  Ignacio Antinori and Santo Trafficante were in charge. I know, ’cause I lived there. Shhhh, OMERTA!

Lefty Queen is there already. Hey barry, they have GOLF. Maybe you could play a round or 44, huh?

In March the Verdura Golf and Spa Resort opened on 570 acres between Sciacca and Agrigento, about 80 miles south of the Palermo airport.

Word(s) of Warning barry, queenie and other Lefty’s.

Keep an eye out for..

Jesus Vito, when I say plug it, it don’t mean shoot it. Vatenni, baboo!

Hey, Uncle Tony, I thought you guys capped that damn thing off! Whatsa matter for you huh?

Mount Etna, Europe’s most active volcano, has erupted, sending up a towering plume of ash visible in much of eastern Sicily.

Is WHITE GUILT that bad in the halls of what we use to term..Congress that the members who/whom represent THEMSELVES are TERRIFIED of the MULATTO pictured below? 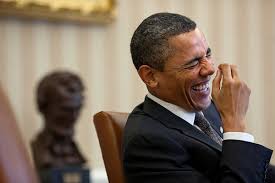 REPUBLICAN HORROR NEW YEAR
I HAVE NO WHITE GUILT! YOU SEE (OH AND NO! CAPS ARE ON PURPOSE) MY PARENTS ARRIVED TO THIS NATION FROM SICILY, IN THE 19’TEENS, THEY OWNED NO SLAVES! IN FACT THEY..THEY WERE LOOKED UPON AS THE NEW NEGROES, BY THE IRISH, ENGLISH, GERMANS, DUTCH! THAT IS, I TYPE THAT IS, UNTIL SOME OF MY FAMILY, BOTH HERE AND FROM SICILY FORMED THEIR HONOR SOCIETY. YOU KNOW, ,Lucky Luciano, Anthony Provenzano, Anthony “Fat Tony” Salerno, Carlo Gambino..YOU GET THE IDEA, RIGHT?THIS KINDA’, SORTA’ BROUGHT THINGS TO A HEAD IN THE SICILIAN’S MIND, IN THE STATES:

A dozen or more Sicilian immigrants were charged with his murder, beaten, tortured and thrown in jail.  The Ambassador of Italy came in and intervened calling the whole situation a great miscarriage of justice and human rights. In court, they were all dismissed of charges regarding the murder.

Other members of politics and power in New Orleans were enraged and demanded a vendetta of their own upon hearing about the court’s verdict.  Many non-Italian citizens came in great mobs and entered the market, knocking over tables, beating and clubbing innocent merchants, women and children.  They proceeded to the jail where the suspects were still being held in spite of the fact that they were found not guilty.   They were beaten shot dead and lynched, hung in public and shot at again.

This was the largest masscre of immigrants in US History (not to forget the Indians, who were not immigrants but natives). Some condemned the act, and some praised it, immigrants have always been looked down on in any culture, in any country and even today — President Theodore Roosevelt called it “a good thing” — but it was President Harrison who disapproved and got Congress to award the families of the victims $25,000.

SOOO, AS THE BOY PICTURED ONCE STATED, “If they bring a knife to the fight, we bring a gun.” And WE CAN and WILL bring many, many, many of GUNS! Push me, PLEASE!