Just. Cannot. Get. This. Tune. Out. Of. My. System. Fantastic Tune!

44, Al, Jesse, Malik, Louie AND the NAACP have vowed to make cannibalism, a right for, uhh, well who the fuck ever, that’s who! 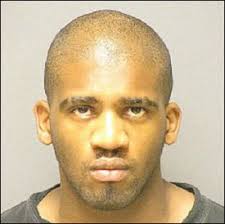 CANNIBAL STRIKES IN MARYLAND…  Bonus: This dude is from Uhh, Kenya.

FUGITIVE CANNIBAL WARNED: I CAN’T STOP KILLING…  No, it ain’t a girl, sure as shit looks like one, though..

Dear Elizabeth, just did read about your recipes “Pow Wow Chow” and was wondering if you had A favorite Hot Water Soup recipe. If so, could you please post it?

Is Monica coming, umm, going with you, billy?

Yes I do know it, ’cause at times with great difficulty, I take one, every morning..

PELOSI: ObamaCare Will Be Upheld 6-3, ‘Because I Know The Constitution’…

This image of the Pinwheel Galaxy, also known as M101, combines data in the infrared, visible, ultraviolet and X-rays from four of NASA’s space-based telescopes. This multi-spectral view shows that both young and old stars are evenly distributed along M101’s tightly-wound spiral arms. Such composite images allow astronomers to see how features in one part of the spectrum match up with those seen in other parts. It is like seeing with a regular camera, an ultraviolet camera, night-vision goggles and X-ray vision, all at the same time.

The Pinwheel Galaxy is in the constellation of Ursa Major (also known as the Big Dipper). It is about 70 percent larger than our own Milky Way Galaxy, with a diameter of about 170,000 light years, and sits at a distance of 21 million light years from Earth. This means that the light we’re seeing in this image left the Pinwheel Galaxy about 21 million years ago – many millions of years before humans ever walked the Earth.