Excellent. I’ve typed many things about Hillary Clinton, DEAD was never one! Now, I gonna’ have a drink or…Happy 2013 To All..

Hillary Clinton’s doctors released the following statement saying that she has a blood clot in her head, “in the space between the brain and the skull behind the right ear.”

“In the course of a routine follow-up MRI on Sunday, the scan revealed that a right transverse sinus venous thrombosis had formed. This is a clot in the vein that is situated in the space between the brain and the skull behind the right ear. It did not result in a stroke, or neurological damage. To help dissolve this clot, her medical team began treating the Secretary with blood thinners. She will be released once the medication dose has been established. In all other aspects of her recovery, the Secretary is making excellent progress and we are confident she will make a full recovery. She is in good spirits, engaging with her doctors, her family, and her staff.”

Those that have lost their jobs, are suggesting buffett receive another metal, oops, medal, an aluminium bat.. 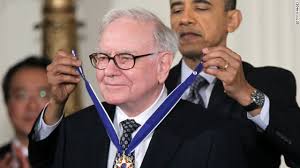 And the reductions to be in the Martian year Xeff, is that correct?

THIS, could have OUR boy swallow his tongue..

Sarah Onyango Obama is the third wife of Hussein Onyango Obama, President Obama’s grandfather. She is apparently the source for much of what President Obama knows about his family in Kenya, and is one of the most important sources of family lore cited by Obama in his first memoir, Dreams from my Father.

Mrs. Obama was transported from her rural village of Nyang’oma Kogelo in western Kenya to the hospital in Equatorial Guinea, which features over one hundred Israeli personnel. The hospital facility was not founded by the Israeli government but by Israeli entrepreneurs Yardena Ovadya and Ariyeh Horesh.

No, the “progressive era” did not begin with obama, but it has taken a dark evil turn, with him..

In this article, you will see the term “investigative journalism”, more correctly termed “muckrakers”. If that term does not describe nbc, david gregory and their breaking of law, I don’t know who OR whom it would describe..

Kinda’, sorta’ guess that (DAMN IT!) FACEBOOK believes those lefty malcontents that published the FIRST list of gun permit holders, to be heroes.

(NaturalNews) The reports are absolutely true. Facebook suspended the Natural News account earlier today after we posted an historical quote from Mohandas Gandhi. The quote reads:

“Among the many misdeeds of British rule in India, history will look upon the Act depriving a whole nation of arms as the blackest.” – Mohandas Gandhi, an Autobiography, page 446.

This historical quote was apparently too much for Facebook’s censors to bear. They suspended our account and gave us a “final warning” that one more violation of their so-called “community guidelines” would result in our account being permanently deactivated.

They then demanded we send them a color copy of a “government issued identification” in order to reactivate our account. Our account was removed from suspension just minutes before InfoWars posted its article on this Facebook censorship, and the Facebook page is now functioning at:
www.Facebook.com/NaturalNews