How correct you are, sir..

Posted by JP in Alinsky, Communists, Obama, Tells it like it is on February 28, 2013

Posted by JP in Uncategorized on February 28, 2013

With great sadness we announce the passing of Arlene Mae Breitbart, wife of Gerald Breitbart, mother of Andrew and his sister Tracey, and grandmother of seven terrific grandchildren.

Arlene passed away from natural causes yesterday in Los Angeles, two days shy of the one-year anniversary of the unexpected death of her beloved son, Andrew.

Arlene was a loving and devoted wife, mother, grandmother and friend. She was also a pioneer, having been the first female trust officer made vice president at Bank of America.

Our thoughts, love and prayers are with the entire Breitbart family.

The Twilight Zone, makes a comeback..

Give the First Lady her own TV show!

Please assist these folks, in their need for KNEE PADS..

CULT OF OBAMA: LIST OF JOURNOLISTS THROWING WOODWARD UNDER BUS

Meet the members of the Cult of Obama…

Wonder if Woodward has humped up his book sales from GOPers, ie Amity Schlaes

Wish I could claim credit for this observation by a friend: “In which Bob Woodward shows he too can master the new media landscape”

Hezbollah is intimidating. Gene Sperling writing, “I think you will regret staking out that claim” is not intimidating. cc: @buzzfeedben

So good “@aburnspolitico: “Did you hear that, everyone? Michael Bluth is THREATENING me!” hulu.com/watch/1032”

Impossible. Ridiculous. @rickklein: E-mail exchange b/w WH and Woodward is out, via Politico. Hard to read as threat. politico.com/story/2013/02/…

“I don’t understand this White House,” Woodward said. He’s right about that.

On “The Daily Rundown,” Chuck Todd and Politico’s Manu Raji agree: “Hard to see intimidation” in the White House email.

Bob Woodward is senile. Or maybe he is encouraging President Obama to break the law so he can be relevant again with an expose. 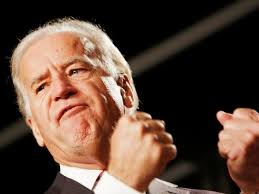 Taking Joe Biden at his word

Taking Joe Biden seriously is extremely dangerous – it can get you arrested or killed.  But setting aside the illegality of doing the things Biden says women should do to protect themselves with shotguns (everything he’s suggested thus far is a felony offense), the Independent Journal Review  decided to test his assertion that women will find shotguns easier to aim than AR-15s…

Agree, as long as you, Barry and the entire Barry Staff, along with his administration his PRESS BOYS and GIRLS are the grass in that pasture. Eventually ALL of you will be eaten and digested..

Posted by JP in Administration, Alinsky, Asshole, Obama, The Left, The Media on February 28, 2013

Obama henchman David Plouffe: Bob Woodward should be put out to pasture

OK, release the phone call itself! There is precedent, remember Zimmerman and Trayvon?

Posted by JP in Administration, Obama, The Left, The Media on February 28, 2013

“There’s a lot of JournoList crowing about how Woodward’s a big baby because Sperling’s “threat” wasn’t very menacing.”

“didn’t the Sperling emails confirm that he was shouting at Woodward over the phone?  The emails include his apology for doing so.”