Not questioning OUR military, or what is left of it, thanks to barry BUT “White House officals”..Like, Hey, Look, Its The Great Pumpkin! OMG, The Easter Bunny, Too!

As ISIS swarms Kobani, US military sees chance to take out terror targets

Intelligence In an Islamic Nation ? Shirley You Jest, There WAS Intelligence in that area of the globe PRE-Islam..

..NOW, that area’s only single brain cell ONLY wants to kill anyone that does not believe in their cult leader..

Didja’ approve your BROTHERS in TERROR keystone PIPELINE YET BARRY !

Posted by JP in Barry, Islam, Terrorism, Terrorists on August 21, 2014

ISIS NOW CONTROLS seven oil fields and two small refineries in northern Iraq, bringing in as much as $2 million per day, as experts warn that the oil flow will continue translating into terror funds for militants if unchecked.

The Nigerian terror group reflects the general Islamist hatred of women’s rights. When will the West wake up?

Posted by JP in Africa, Islam, Terrorism, Terrorists on May 9, 2014

The answer is blowin’ in the wind..

Boko Haram and the Kidnapped Schoolgirls

It is also time for Western liberals to wake up. If they choose to regard Boko Haram as an aberration, they do so at their peril. The kidnapping of these schoolgirls is not an isolated tragedy; their fate reflects a new wave of jihadism that extends far beyond Nigeria and poses a mortal threat to the rights of women and girls. If my pointing this out offends some people more than the odious acts of Boko Haram, then so be it.

Let’s see now, who was the U.S. President in 1993? Oh yeah, a Democrat. Forgot his name, but his face looks familiar..

Could this have a bearing on the binny boy stuff in 1993?

EXCLUSIVE: FBI had human source in contact with bin Laden as far back as 1993

In a revelation missing from the official investigations of the Sept. 11, 2001, terrorist attacks, the FBI placed a human source in direct contact with Osama bin Laden in 1993 and ascertained that the al Qaeda leader was looking to finance terrorist attacks in the United States, according to court testimony in a little-noticed employment dispute case.

As has been said, Read The Whole Thing..

The information the FBI gleaned back then was so specific that it helped thwart a terrorist plot against a Masonic lodge in Los Angeles, the court records reviewed by The Washington Times show.

“It was the only source I know in the bureau where we had a source right in al Qaeda, directly involved,” Edward J. Curran, a former top official in the FBI’s Los Angeles office, told the court in support of a discrimination lawsuit filed against the bureau by his former agent Bassem Youssef.

Nahhh, barry said those kind of terrorist threats have been decimated..

Posted by JP in Barry, Islam, Terrorism, Terrorists on January 9, 2014

Ibn al Duranty was their man on location..

Posted by JP in Islam, Terrorism, Terrorists, The Left, The Media on January 1, 2014

NYT Had Reporter Talking to the Attackers’ During Benghazi Massacre

The New York Times had a reporter talking to attackers on the ground during the Benghazi attacks that killed four Americans in September of 2012, including U.S. Ambassador Chris Stevens, and may know the identity of some the murderers and perpetrators.

With you for sure on that Vladimir..

Posted by JP in Putin, Russia, Terrorism, Terrorists on December 31, 2013 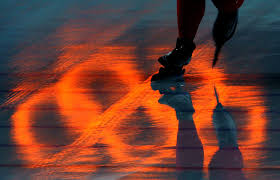