Damn It George! (Uhh, GWB) Told Ya, Ur Decision To Allow These Damn Trains To Speed Along On Highways and Byways..

OH-OH! Wait ’til the Left Finds Out That GWB, George W. Bush. Forget the bridge, ’cause its all HIS FAULT! 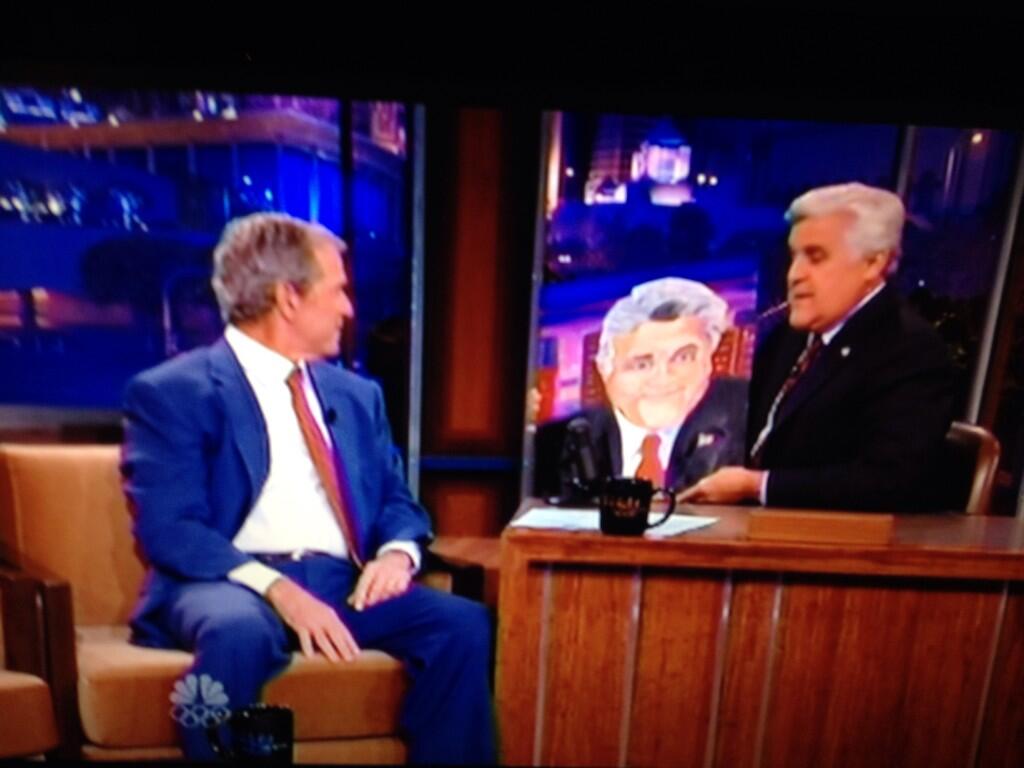 Remembering a time when The President Of The United States actually commanded respect.

Remembering a time when The Leader Of The Free World WAS INDEED a Cowboy!

Yes, they heard ALL of us!

You may not have agreed with the war in Iraq. But 12 years later, those WMD’s have reared their ugly head yet again. Maybe Dubya wasn’t wrong after all!

Yes, America, THIS is TRUE leadership!

George W. Bush was by NO MEANS a perfect President. A lot of his decisions were not Conservative decisions. Yes, he was “Establishment”. But when he spoke on this day…. America was United!

GWB, as stated below ATTEMPTED TO FIX these entities “SOME SEVENTEEN TIMES AS CITED BELOW”! NOW barry the fraud STEALS an idea, what a hero, huh?

The economy had seen a fairly large growth in Bush’s second term until a huge increase in the price of oil occurred and the subprime mortgage crisis went into full swing. In the fall of 2008, the economy suffered its most serious downturn since the Great Depression.

Between 2001 and 2008 the Bush Administration called for reforms to government-sponsored enterprises created by the United States Congress (GSEs, Fannie Mae and Freddie Mac) some seventeen times as cited below.

2001 April: The Administration’s FY02 budget declares that the size of Fannie Mae and Freddie Mac is “a potential problem,” because “financial trouble of a large GSE could cause strong repercussions in financial markets, affecting Federally insured entities and economic activity.”  (2002 Budget Analytic Perspectives, pg. 142)

2002 May: The Office of Management and Budget (OMB) calls for the disclosure and corporate governance principles contained in the President’s 10-point plan for corporate responsibility to apply to Fannie Mae and Freddie Mac.  (OMB Prompt Letter to OFHEO, 5/29/02)

2003 February: The Office of Federal Housing Enterprise Oversight (OFHEO) releases a report explaining that unexpected problems at a GSE could immediately spread into financial sectors beyond the housing market.

September: Then-House Financial Services Committee Ranking Member Barney Frank (D-MA) strongly disagrees with the Administration’s assessment, saying “these two entities – Fannie Mae and Freddie Mac – are not facing any kind of financial crisis … The more people exaggerate these problems, the more pressure there is on these companies, the less we will see in terms of affordable housing.”  (Stephen Labaton, “New Agency Proposed To Oversee Freddie Mac And Fannie Mae,” The New York Times, 9/11/03)   October: Senator Thomas Carper (D-DE) refuses to acknowledge any necessity for GSE reforms, saying “if it ain’t broke, don’t fix it.”  (Sen. Carper, Hearing of Senate Committee on Banking, Housing, and Urban Affairs, 10/16/03)

November: Then-Council of the Economic Advisers (CEA) Chairman Greg Mankiw explains that any “legislation to reform GSE regulation should empower the new regulator with sufficient strength and credibility to reduce systemic risk.”  To reduce the potential for systemic instability, the regulator would have “broad authority to set both risk-based and minimum capital standards” and “receivership powers necessary to wind down the affairs of a troubled GSE.”  (N. Gregory Mankiw, Remarks At The Conference Of State Bank Supervisors State Banking Summit And Leadership, 11/6/03)

2004 February: The President’s FY05 Budget again highlights the risk posed by the explosive growth of the GSEs and their low levels of required capital and calls for creation of a new, world-class regulator:  “The Administration has determined that the safety and soundness regulators of the housing GSEs lack sufficient power and stature to meet their responsibilities, and therefore … should be replaced with a new strengthened regulator.”  (2005 Budget Analytic Perspectives, pg. 83)

February: Then-CEA Chairman Mankiw cautions Congress to “not take [the financial market’s] strength for granted.”  Again, the call from the Administration was to reduce this risk by “ensuring that the housing GSEs are overseen by an effective regulator.”  (N. Gregory Mankiw, Op-Ed, “Keeping Fannie And Freddie’s House In Order,” Financial Times, 2/24/04)

April: Rep. Frank ignores the warnings, accusing the Administration of creating an “artificial issue.”  At a speech to the Mortgage Bankers Association conference, Rep. Frank said “people tend to pay their mortgages.  I don’t think we are in any remote danger here.  This focus on receivership, I think, is intended to create fears that aren’t there.”  (“Frank: GSE Failure A Phony Issue,” American Banker, 4/21/04)

June: Then-Treasury Deputy Secretary Samuel Bodman spotlights the risk posed by the GSEs and calls for reform, saying “We do not have a world-class system of supervision of the housing government sponsored enterprises (GSEs), even though the importance of the housing financial system that the GSEs serve demands the best in supervision to ensure the long-term vitality of that system.  Therefore, the Administration has called for a new, first class, regulatory supervisor for the three housing GSEs:  Fannie Mae, Freddie Mac, and the Federal Home Loan Banking System.”  (Samuel Bodman, House Financial Services Subcommittee on Oversight and Investigations Testimony, 6/16/04)

2005 April: Then-Secretary Snow repeats his call for GSE reform, saying “Events that have transpired since I testified before this Committee in 2003 reinforce concerns over the systemic risks posed by the GSEs and further highlight the need for real GSE reform to ensure that our housing finance system remains a strong and vibrant source of funding for expanding homeownership opportunities in America … Half-measures will only exacerbate the risks to our financial system.”  (Secretary John W. Snow, “Testimony Before The U.S. House Financial Services Committee,” 4/13/05) July: Then-Minority Leader Harry Reid rejects legislation reforming GSEs, “while I favor improving oversight by our federal housing regulators to ensure safety and soundness, we cannot pass legislation that could limit Americans from owning homes and potentially harm our economy in the process.” (“Dems Rip New Fannie Mae Regulatory Measure,” United Press International, 7/28/05)

NOTE: following dissatisfaction with Iraq War, and Bush Administration’s 2006 legislative defeats regarding Social Security Reform, the 2006 US midterm elections held on Tuesday Nov 07, 2006, resulted in a sweeping victory for Democratic Party which captured both House of Representatives (233–202 advantage, Speaker, Nancy Pelosi), and effective eight-seat loss in the Senate (51-49, Harry Reid Majority Leader, with independents Bernie Sanders and Joe Lieberman, both caucused with Democrats, plus eventually on Nov 9th, James Webb/VA, and John Tester/MT following protracted vote recounts), in addition to a majority of governorships (28-22) & state legislatures.

2007 August: President Bush emphatically calls on Congress to pass a reform package for Fannie Mae and Freddie Mac, saying “first things first when it comes to those two institutions.  Congress needs to get them reformed, get them streamlined, get them focused, and then I will consider other options.”  (President George W. Bush, Press Conference, the White House, 8/9/07)

December: President Bush again warns Congress of the need to pass legislation reforming GSEs, saying “These institutions provide liquidity in the mortgage market that benefits millions of homeowners, and it is vital they operate safely and operate soundly.  So I’ve called on Congress to pass legislation that strengthens independent regulation of the GSEs – and ensures they focus on their important housing mission.  The GSE reform bill passed by the House earlier this year is a good start.  But the Senate has not acted.  And the United States Senate needs to pass this legislation soon.”  (President George W. Bush, Discusses Housing, the White House, 12/6/07)

2008 February: Assistant Treasury Secretary David Nason reiterates the urgency of reforms, saying “A new regulatory structure for the housing GSEs is essential if these entities are to continue to perform their public mission successfully.”  (David Nason, Testimony On Reforming GSE Regulation, Senate Committee On Banking, Housing And Urban Affairs, 2/7/08)

March: President Bush calls on Congress to take action and “move forward with reforms on Fannie Mae and Freddie Mac.  They need to continue to modernize the FHA, as well as allow State housing agencies to issue tax-free bonds to homeowners to refinance their mortgages.”  (President George W. Bush, Remarks To The Economic Club Of New York, New York, NY, 3/14/08)

April: President Bush urges Congress to pass the much needed legislation and “modernize Fannie Mae and Freddie Mac.  [There are] constructive things Congress can do that will encourage the housing market to correct quickly by … helping people stay in their homes.”  (President George W. Bush, Meeting With Cabinet, the White House, 4/14/08)

June: As foreclosure rates continued to rise in the first quarter, the President once again asks Congress to take the necessary measures to address this challenge, saying “we need to pass legislation to reform Fannie Mae and Freddie Mac.”  (President George W. Bush, Remarks At Swearing In Ceremony For Secretary Of Housing And Urban Development, Washington, D.C., 6/6/08)

July: Congress heeds the President’s call for action and passes reform legislation for Fannie Mae and Freddie Mac as it becomes clear that the institutions are failing.

September: Democrats in Congress forget their previous objections to GSE reforms, as Senator Dodd questions “why weren’t we doing more, why did we wait almost a year before there were any significant steps taken to try to deal with this problem? … I have a lot of questions about where was the administration over the last eight years.”  (Dawn Kopecki, “Fannie Mae, Freddie ‘House Of Cards’ Prompts Takeover,” Bloomberg, 9/9/08) (Ref: http://georgewbush-whitehouse.archives.gov/news/releases/2008/10/20081009-10.html).

Yes he did and you, Bono, greatly assisted..

Reception for Obama Is More Sober Than in 2008  —  BERLIN — The last time President Obama paid a visit here, as a candidate in 2008, he was cheered on by 200,000 Germans eager to see the back of George W. Bush and, as one member of that crowd recalled Tuesday, “full of wholly unrealistic expectations …

BuzzFeed Animals is currently hiring an Associate Animals Editor, and George, your offer is officially on the table.