OK Half Kenyan, play your RACE CARD! ‘IT’S RACIST TO BUILD THAT PIPELINE!’

Well, Leftist HAG, you obviously do NOT need the MONEY..

..So I guess “I’m Not Going” means, YOU, BOTOX QUEEN, want to continue INFECTING the AMERICAN POPULOUS WITH LEFT’ITIS. And people wonder why you are one of FELLOW LEFTIST Barry Soetoro favorite BITCHES!

Eric Cantor and Nancy Pelosi are once again the two wealthiest members of the House leadership, according to just released financial disclosure reports for all members.

Cantor saw his minimum personal wealth rise slightly to nearly $4.4 million in 2012, and Pelosi is worth at least $24.4 million, according to their annual reports.

I do believe that they are speaking of the U.S. State Department. Question is..

..doesn’t the U.S. State Department have BETTER and MORE PRESSING ISSUES to consider? You know, like The Persian NUKE thingy? Nations that ALLOW al-qaeda to exist within their borders? Preventing ANOTHER Benghazi somewhere in the world?

2. You continue to use caffeine despite knowing it contributes to recurring physical or psychological problems for you (like insomnia, or jitteriness)..

By Rachel Feltman
http://qz.com/172620/caffeine-use-disorder-is-a-serious-problem-and-youre-probably-suffering-from-it/
Umm, just as long as an individual is NOT holding THIS, when you get the JITTERS, guess you’re safe. I think.. 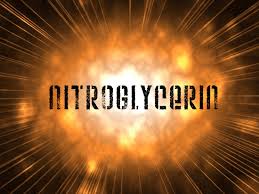 Didja’ ever hear about Ali Baba and his 40 Thieves? Jus’ add several millions to that and ya’ gots islam..

US aid to Afghanistan going to waste?