As is typical, stools leave the body via ones anus. Case in point. And it IS a damn good point in THIS case..

Forget the Idiom: the apple doesn’t fall far from the tree.
Julian Routh / Wall Street Journal:
Eric Trump: It Would Be ‘Foolish’ for Donald Trump to Release Tax Returns  —  Candidate’s son warns ‘people who know nothing about taxes’ would scrutinize them  —  Eric Trump said Wednesday it would be “foolish” for his father to release his tax returns and subject them to scrutiny by people who don’t know what they are looking at.
+

Another Unforgivable! Bind this vile, evil bastard from shoulders to ankles, with 30 yards of Duck Tape® and toss his ass from that same bridge..

Fernandez said in an earlier statement that a St. Petersburg police officer saw the suspect throw the girl in the water.

The officer, who was headed home, was initiating a traffic stop around midnight after a vehicle passed him going about 100 mph, according to the statement. The officer saw the driver stop on a bridge on the approach to the Sunshine Skyway and throw the child over, the statement said.

The driver returned to the car and drove south but was stopped by Manatee County authorities about 30 minutes later, according to the statement.

The man, who authorities said is believed to be the girl’s father, remains in custody and was being questioned.

This above is The Sunshine Skyway Bridge

Spot On Characterization Of This Atrocity..

Has there ever been a more perfect picture of an idiot?

Juan Williams Wants a Gun-Free America Because of Fort Hood

On April 5th, appearing on Fox Business Network’s Cashin’ In, Juan Williams reacted to Army Spc. Ivan Lopez’s heinous crime at Fort Hood by saying he wants “America to be a gun-free zone.”

Questions not answered from the 20th and now 21st Centuries.. 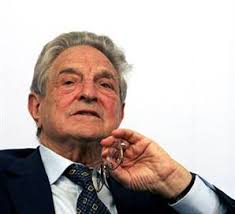 This is the last paragraph in this gentleman’s column..

Posted by JP in Brilliant, Human, Wonderful on February 11, 2014

Once, when I was teaching at an institution that bent over backward for foreign students, I was asked in class one day: “What is your policy toward foreign students?” My reply was: “To me, all students are the same. I treat them all the same and hold them all to the same standards.” The next semester there was an organized boycott of my classes by foreign students. When people get used to preferential treatment, equal treatment seems like discrimination.

As a resident of the Empire State I give the government here (and the people who keep electing these clowns) a lot of grief, particularly when it comes to the downstate alternate universe of New York City. But even I will admit that there are moments when the Big Apple shrugs off all of its worms and shows the heart that I used to know and love. The media has been covering the story of the blind man who fell onto the subway tracks with his loyal dog jumping in after him. He was, as it turns out, about to lose the heroic canine who had reached retirement age.

The public has ponied up $45K in donations and the dog will stay with Mr. Williams as his pet, even as he gets a new guide dog. It’s Christmas in New York and sometimes there’s still a little magic on 34th street.

Paraphrasing a line from Bill Cosby, when he was giving hell headaches to his father..

..Big Boy Upstairs says: ‘You see this Earth, you Earthlings keep screwing around this is you and I can make another just like it’!