Can you tell that the NOW republican majority in both houses of congress, will not accomplish one damn thing to correct the barry years..

Posted by JP in Uncategorized on November 14, 2014

Should one click on this link and see her picture..

..She has a wart right between her large brown eyes. THAT could be the reason for her CROSS EYED THINKING.

Vanita Gupta is her name, Indian decent I believe. Umm, real Indian, as in INDIA. Certainly not like the Faux Cherokee senator from Massatwoshits lizzie warren.

Seems as though you DO NOT KNOW the definition of PROLIFIC, Comey..

Posted by JP in Uncategorized on October 6, 2014

“What are they trying to get?”

“Information that’s useful to them so they don’t have to invent. They can copy or steal to learn about how a company might approach negotiations with a Chinese company, all manner of things,” said Comey.

“How many hits from China do we take in a day?”

“The Chinese are that good?”

“Actually,” the FBI director replied, “not that good. I liken them a bit to a drunk burglar. They’re kicking in the front door, knocking over the vase, while they’re walking out with your television set. They’re just prolific. Their strategy seems to be: We’ll just be everywhere all the time. And there’s no way they can stop us.”

HA! What the hell does he/she know about ANY male regardless of age, huh? Any doubts check out the her/him hairstyle..

2011 FLASHBACK: DHS Secretary Napolitano Says No “Logic” In Profiling Muslim Men Under The Age Of 35 sooper

Idiot, Insects of the Left, The Left 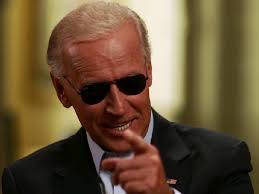