Poor eric. Just relax everything must be Black BOY. Hold your breath and count to 1,303, 769. All will be fine, you racist bastard!!!

Elitist Leftism, is like HIV. Once you have it, it’s yours. There is no cure!

BROKAW: OBAMA SCANDALS NOT AS BAD AS ABU GHRAIB

Brokaw seems to be employing a tactic common among has-been journalists these days. They seem to be afraid that any story seen as “bigger” than the stories they covered in their day somehow diminishes their life work, and therefore any suggestion to this effect must be smacked down immediately.

As a freshman at Columbia University in 1970, future Attorney General Eric Holder participated in a five-day occupation of an abandoned Naval Reserve Officer Training Corps (ROTC) headquarters with a group of black students later described by the university’s Black Students’ Organization as “armed,” The Daily Caller has learned.

Our DOJ at its best. When you think you have read and seen it all, think again! OH, any comments on “Fast and Furious” 44 and 44 Jr.? Didn’t think so.. 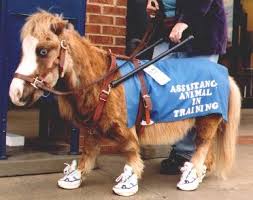 Mona Ramouni, who is blind, rides a bus to work with her guide horse in Lincoln Park, Mich. Growing up in Detroit, Ramouni could never get a dog because her devout Muslim family considered dogs unclean. (AP Photo/Carlos Osorio/File)

(CNSNews.com) – Although the Justice Department has extended the deadline for America’s hotels to comply with regulations regarding handicap access to swimming pools, new Americans with Disabilities Act (ADA) guidelines are already being applied at miniature golf courses, driving ranges, amusement parks, shooting ranges and saunas.

Say Mister, where are the targets?

Umm, can me and my horsey have a massage after the sauna?

With my warped mind, I could type stuff as above, ALL DAY..

Greetings to our Constituents, fellow Floridians, and all Americans. It is time again for my weekly update report to you all. It has been another whirlwind week and there are some very deep concerns I have on several points.

Operation Fast and Furious has been a dark blight which must be resolved, as United States Border Patrol agents and hundreds of Mexican citizens have lost their lives as a result. This is not something to disregard. The Department of Justice under Eric Holder has not been truthful or forthcoming, not only with the United States Congress, but the American people, and  with the parents of slain Border Patrol agent, Brian Terry.

Operation Fast and Furious is either the result of abject ineptness or complicity, or both.  No matter which, both are egregious and  leadership must be held responsible and accountable.

Meanwhile, the United States House of Representatives is focusing on its tasks at hand – addressing the issues of economic, energy and national security while ensuring we have an accountable government. We continue to pass job and economic policy legislation that  unfortunately continues to pile even higher on the desk of United States Senate Majority Leader Harry Reid (D-NV).

Which leads me to my second point of concern, the Supreme Court of the United States decision on healthcare which will most likely come next week.

It is not only the individual mandate that must go, there are at least 10 more reasons to support full repeal of this Patient Protection Affordable Care Act (PPACA);

This was the “signature” policy of  President Barack Obama, rather than debt and deficit reduction and small business growth.

I will be voting for full repeal, again, as well as promoting development of free market healthcare reforms to protect our American citizens and reduce their healthcare cost burden.

Lastly, the United States Senate is debating and amending the Farm Bill. However, when one considers that 80 percent of this piece of legislation is dedicated to Food Stamps (Electronic Benefit Transfer or EBT), it seems this bill should be re-titled the “Food Stamp Reauthorization Bill.” In the past ten years, (2002-2012), food stamp spending per year has increased from $20.6 billion to $75.6 billion. The United States Senate bill will increase it again to around $80 billion per year.

Since January 2009, food stamp recipients in America have grown from 32 million to 46 million, a 45 percent increase.  While this is happening, we are being asked to slash another $500 to $600 billion from the United States military.

Now, tell me where you think the priority lies in this administration? Clearly, it’s not about America’s economic or national security.

The focus appears to be on creating and expanding a socialist-style bureaucratic nanny-state designed for economic dependence, not economic freedom.

As a final note, for those in the black community who hoped this administration would bring about change for all, please take a few minutes to view our Conservative Black Forum on urban economic empowerment, and answer one simple question, are you better off now?

Yeah, Allen West does tear ass, unfortunately the AG is a Black Panther type, kinda’ like #44..

“Attorney General Eric Holder is not about the blind execution of justice in America, he is nothing more than a partisan political hack that does not understand Federalism nor the Tenth Amendment. This is another example of the desperation emanating from the Obama administration since their economic, energy, and national security policies have failed. It is evident that the Obama administration, and indeed the President, does not believe in integrity in our electoral process.

They do however believe in the interfering into the States’ ability, South Carolina and now Florida, to guarantee fair elections for America, by Americans. Eric Holder is a national embarrassment who should resign, if not, then he is a liability for President Obama, and I for one will ensure the American people recognize that fact.” – Congressman Allen West

Well guess what holder just added his ass, to that “nation of cowards” he shot his goddamn mouth off about. ONLY in his case and the New Black Pussy Party IT’S TWUE. Bring it bad widdle boys and uhh, what do you call them, oh yeah..HO’S!

Americans must ask themselves whether Eric Holder and black leaders indeed fear the New Black Panther Party, as they all refuse to condemn their rhetoric and tactics in the last few weeks. The Trayvon Martin Case is the latest in a long list of incidents into which the New Black Panther Party has injected itself, but nothing has measured up to its latest tactics, which include placing a bounty on George Zimmerman’s head with the qualifier “dead or alive.”  by KEVIN L. MARTIN/  http://www.breitbart.com/big-government