Posted by JP in Administration, Africa, Barry, Hillary, Holder on May 10, 2014

“What difference at this point does it make?” Aww too bad huh, bitch? 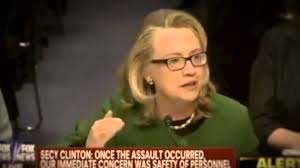 Is this lewd and lascivious or what!? Come on huh, Drudge..

Given time, I’m sure you will ‘Get It’. Yeah Yeah, speaking OK typing of: Is this lewd and lascivious or what. Question is, does SHE still have one?

OK Hilly, can you explain the difference between “Nazi policy” ..

Posted by JP in Alinsky, Gramsci, Hillary, Neo-Marxist on March 5, 2014

..and THE Neo-Marxist philosophy you studied and wrote A THESIS on, you know, that Saul Alinsky guy? Could be wrong here, but ONE Totalitarian, is as good as another ain’t it!?

Hillary, Obama and the Cult of Alinsky: “True revolutionaries do not flaunt their radicalism, Alinsky taught. They cut their hair, put on suits and infiltrate the system from within. Alinsky viewed revolution as a slow, patient process. The trick was to penetrate existing institutions such as churches, unions and political parties…. Many leftists view Hillary as a sell-out because she claims to hold moderate views on some issues. However, Hillary is simply following Alinsky’s counsel to do and say whatever it takes to gain power.

The Left, exhorted on by Little Not My Fault-leroy aka Barry is taking DEAD AIM at you Fox. Expect this to continue, until you fall in line..

Posted by JP in Alinsky, Gramsci, Hillary on January 2, 2014

Clinton rebranding herself as a progressive for 2016? http://www.foxnews.com/

Ready ? “What difference does it make”. Oh and for barry. How is that Arab Spring thingy working out ?